Merino for a Melbourne winter 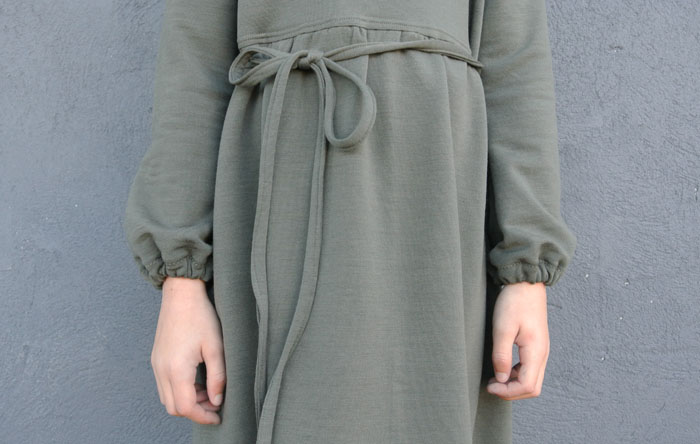 Although R likes reading on her own, I still read to her most evenings, often from the books that I loved as a child. In this way we've read through several books that she would have found difficult on her own: Little Women, What Katy Did and the Anne of Green Gables series, among others. At the moment we're reading The Endless Steppe by Esther Hautzig, about a Polish Jewish family who are deported to Siberia in 1939 and spend the wartime years enduring hunger, isolation and extreme hardship. Of course there are plenty of descriptions of the harsh Siberian winter, which have left me feeling very, very lucky to have only our relatively mild Melbourne version to get through. But still, our winter is more than cold enough for us. A couple of weeks ago we happened to be near The Fabric Store and I dashed in and bought this beautiful olive green sweatshirt merino. It has a small amount of nylon in it which I imagine is what gives it a lovely soft fleecy underside - perfect for cosy winterwear. This fabric was a steal at $12 a (very wide) metre - I bought 1.4 metres and I think I have enough left for a long-sleeved top for R. 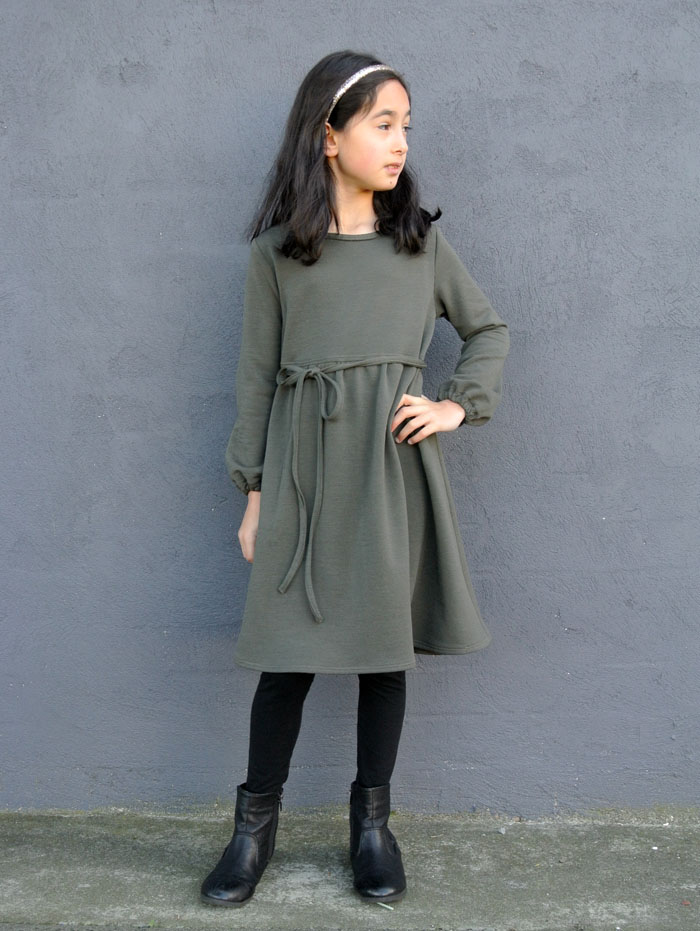 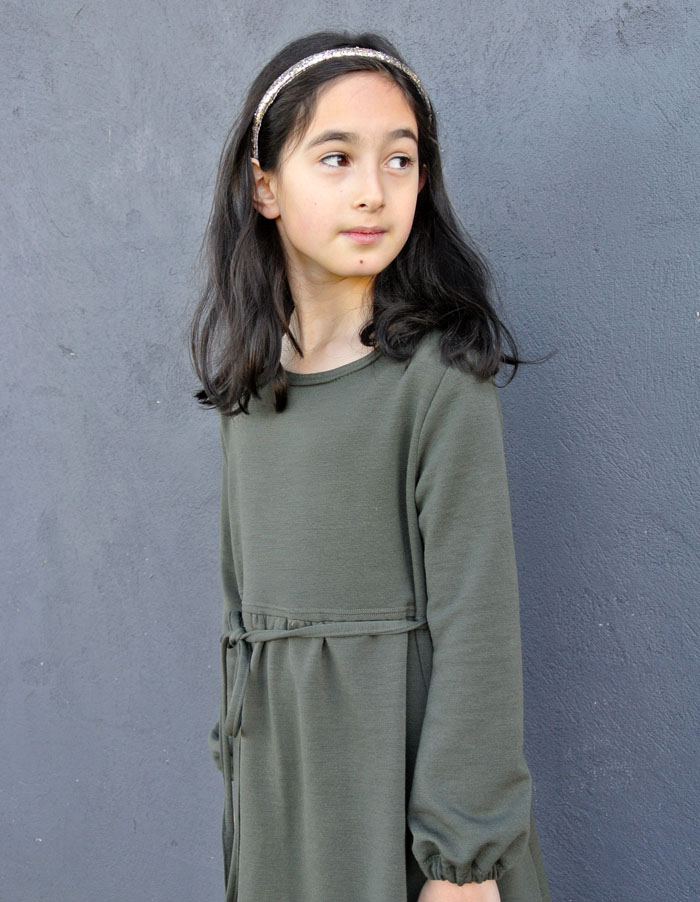 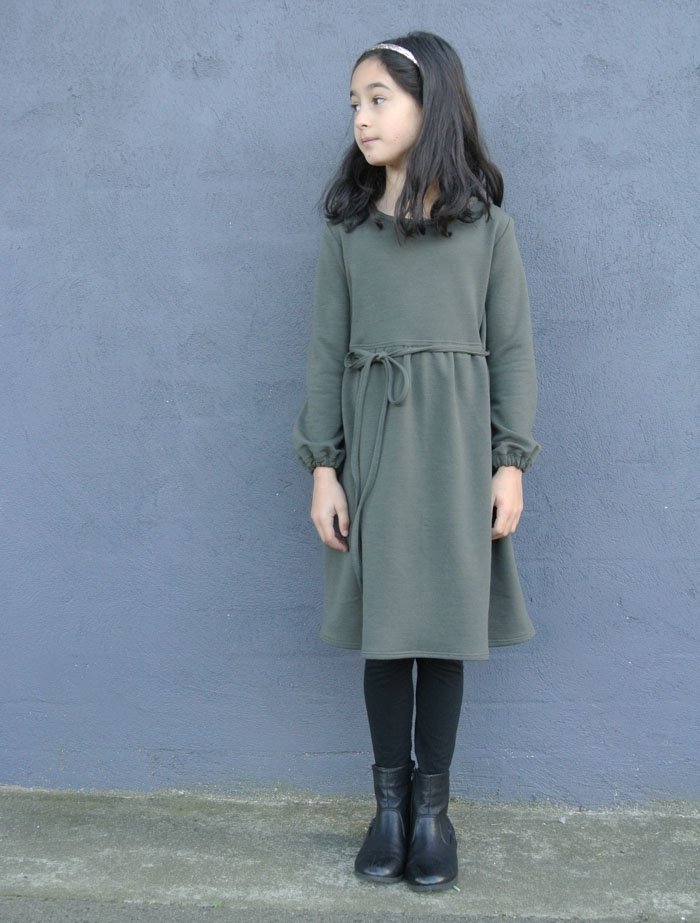 This is the fourth time I've made this pattern, from one of my all-time favourite Japanese pattern books Girly Style Wardrobe (other examples are here, here and here). It's meant to have a back placket and a strip of lace around the waist, but I left out both of these; the merino is so stretchy it doesn't need any kind of opening. I made a long tie in the same fabric, sewed a couple of thread chains at the sides and threaded it through. I think it saves the dress from being too drab, and although you might think a nine-year-old wouldn't care for such a plain garment in such an un-girly colour, I'm pleased to report that R loves it! 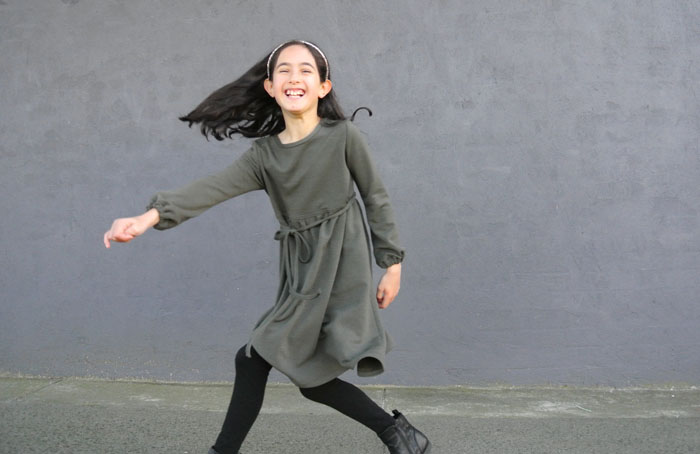 This deliciously soft merino was a joy to sew with, and while it probably wouldn't keep you warm for five seconds in Siberia it's cosy enough for Melbourne, where winter still sucks, only a whole lot less than being on the steppe!
Posted by marisa at 19:43