A tried-and-true dress with ruffled sleeves 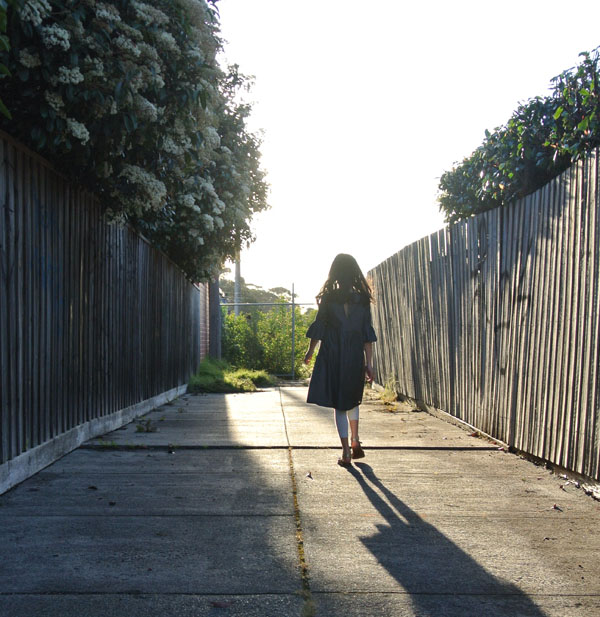 Dress J from Girly Style Wardrobe - I have made it so many times, most recently in merino. Although just about every Japanese sewing book I own has a similar pattern, this one suits R so well that I'm happy to forego being adventurous in favour of the tried-and-true. It's also quick and easy to sew, provided one doesn't make too many stupid mistakes - more about which, below! 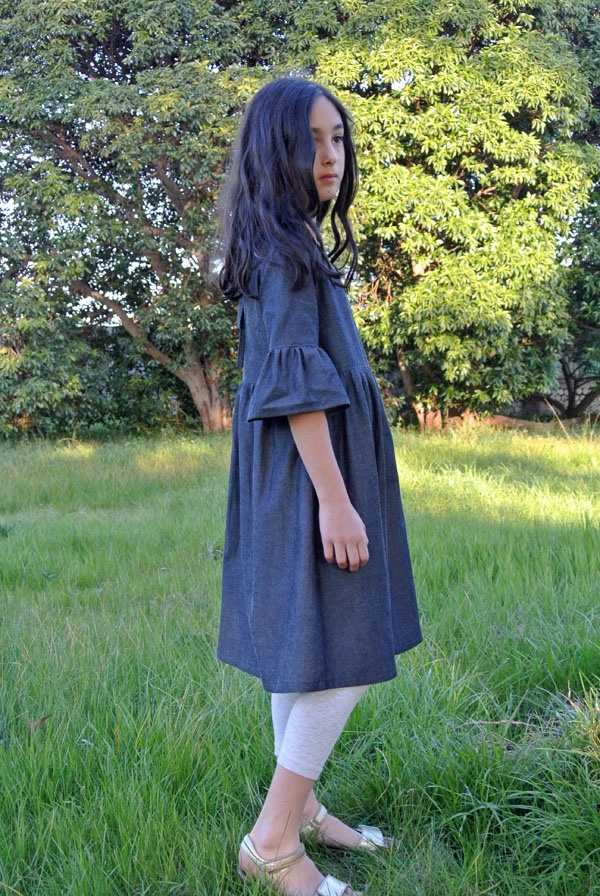 The fabric is a denimy-coloured cotton from Kim Anh Fabric. I couldn't get R to take her (too small) leggings off - it wasn't quite warm enough for that - but I'm thinking it'll be a good trans-seasonal dress with or without leggings, cardigan etc (assuming she can get a cardigan sleeve over those ruffles!). 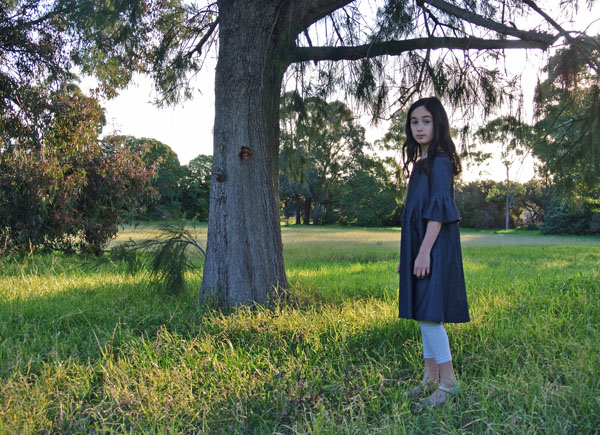 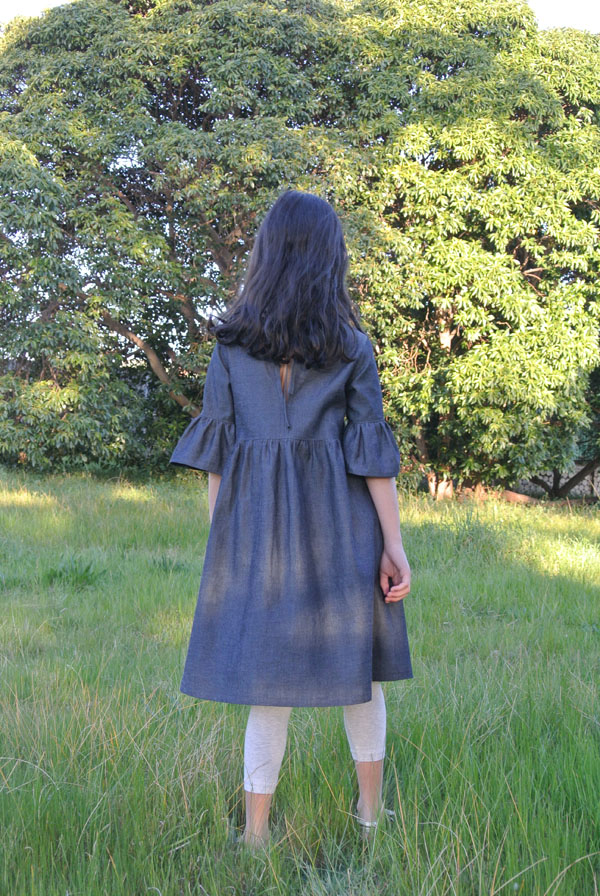 We went down to the local 'school' to take some photos - it's actually a former school that is now a massive green space full of grass and trees (the photo at the top of this post shows the 'secret entrance' to this garden paradise). Sad to think it will soon be turned into little boxes for people to live in. R is outraged at the thought that many of the trees will be chopped down, as am I. Not to mention the issue of the State government selling off our school sites to developers...

But on a more positive note, the weather is getting warmer, the air is full of jasmine and we have some special holiday activities planned. Bring on springtime!
Posted by marisa at 10:13 6 comments: