The short story of a long nightie

R loves her pink flannel nightie so much, it's been difficult getting it into the laundry basket. Clearly a second one was needed, and clearly - as our cold weather is just about over - I've been rather slow in making it (despite having bought this Anna Maria Horner fabric a couple of months ago). But hey, I got there in the end, didn't I? And I've made this one super long, with extra long sleeves so it will still fit her next winter.

This is the third time I've sewn dress pattern J from Girly Style Wardrobe, and as I did with nightie number 1, I moved the placket to the front, lengthened the dress and added a frill. 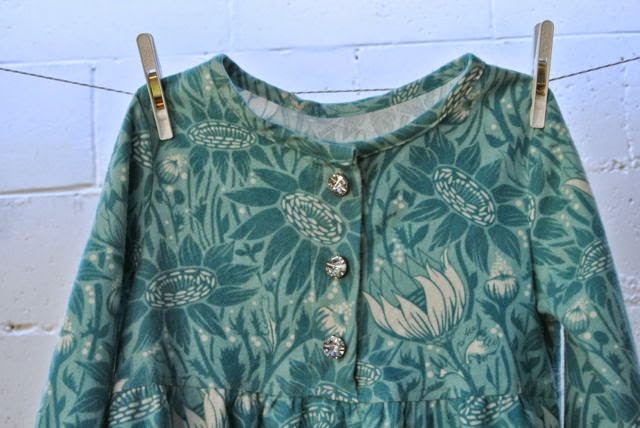 I used 'diamond' buttons to add some sparkle.

And I'm pleased to report that tonight the pink nightie is (finally) in the laundry basket, and - as I write this - a little someone is sleeping sweetly in the blue one. 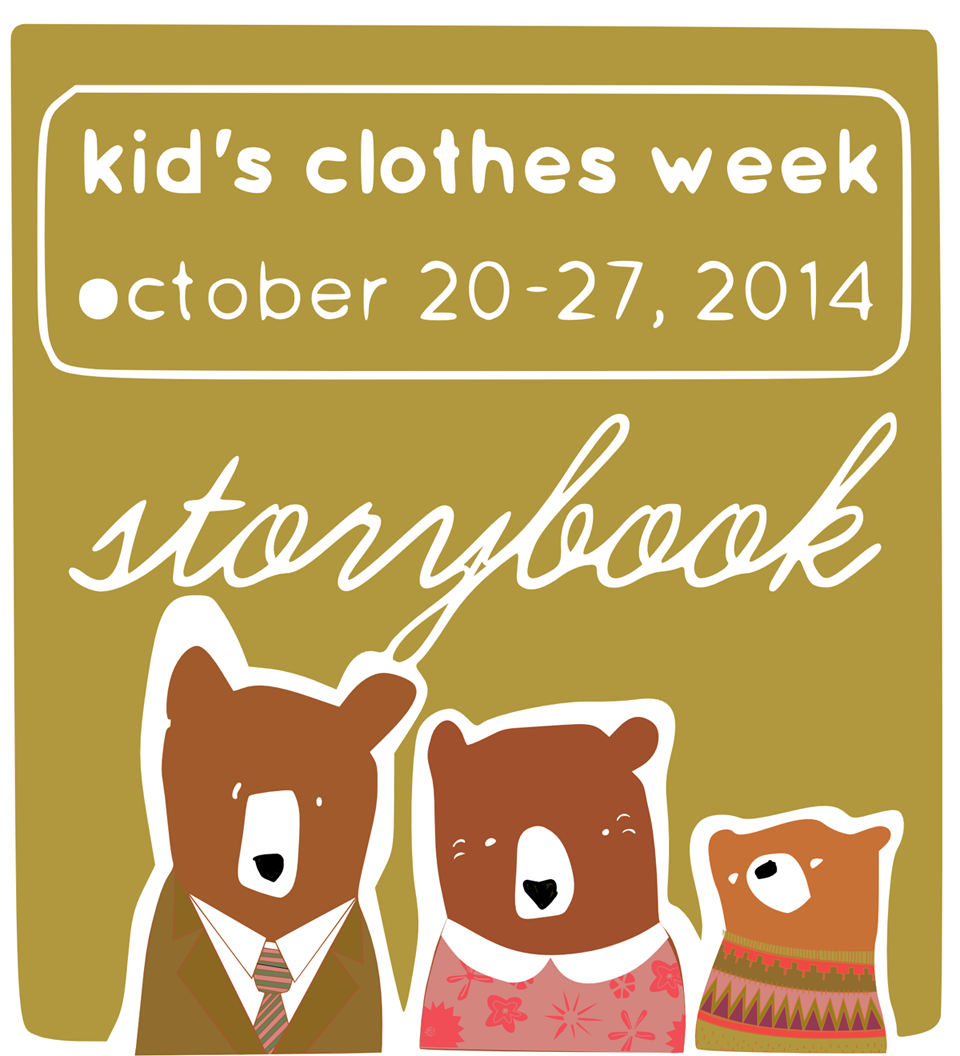 I'm posting over at the Kids Clothes Week blog today - go check it out!

And now that I've got that first KCW post done and dusted I can start planning my own storybook-inspired kids' clothes. I have a couple of ideas, but gee it's hard applying this theme to my older child, ten-year-old boys not being all that fond of storybooks. I'm going to have to think outside the square for this one... 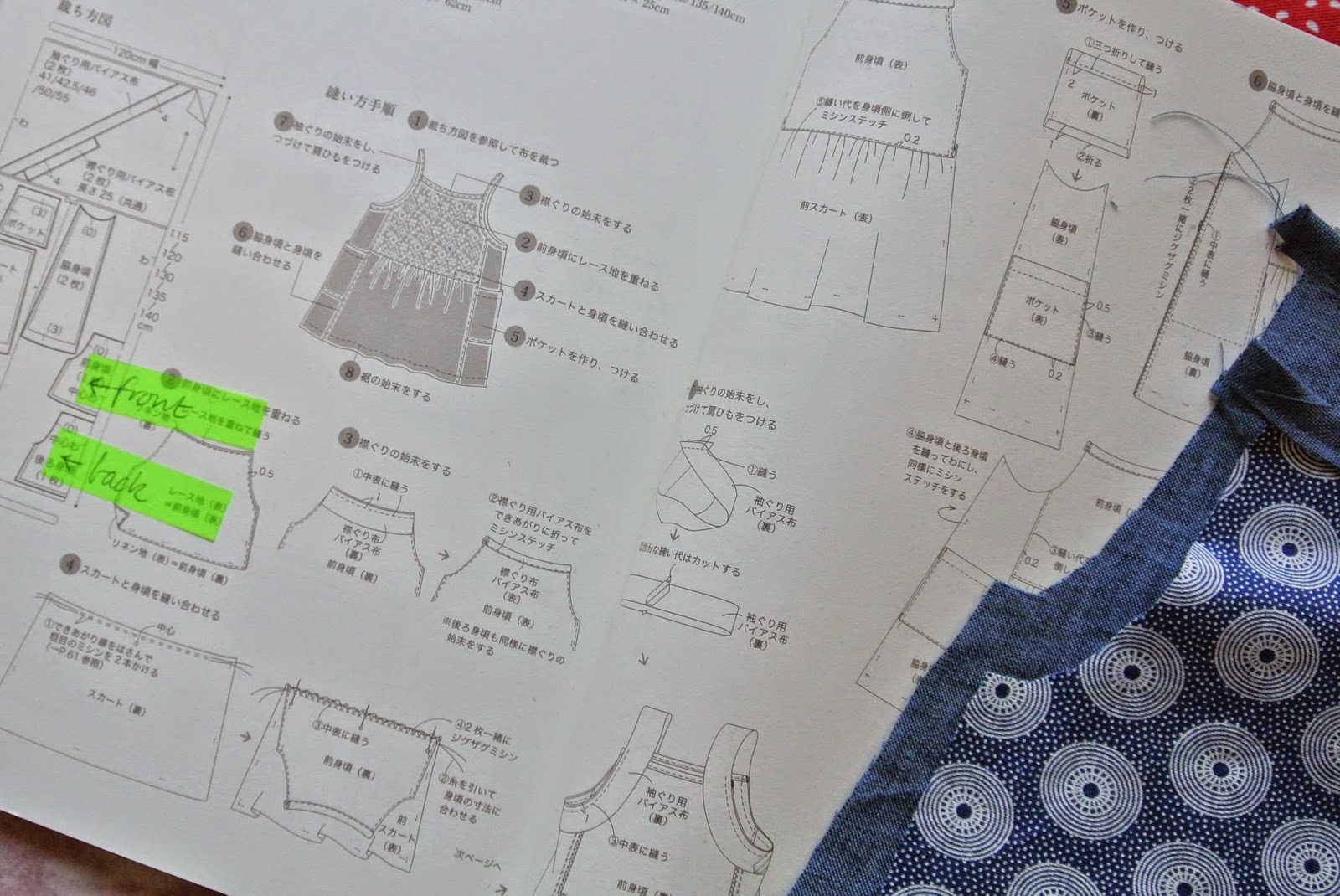 Shino, who writes the blog Nutta, provided me with the perfect excuse to do some sewing when she invited me to be part of her Sew Japanese series, which started on September 8. In this five-day series she is looking at the different styles of Japanese sewing book authors, accompanied by guest posts from bloggers sewing clothes from their respective books.

I chose one of my current favourites which I always think of as 'A Sunny Spot', but which turns out to be called Girls' Fashionable and Pretty Clothes (R's long cardigan and jersey/cotton dress, which I blogged about recently, are from this same book). For Shino's series I made a tunic in the loveliest blue linen, and a 'spring coat' (very apt, as spring has just begun here) in organic Cloud 9 canvas. Click on over to Nutta to check them out! I'll also be putting up some extra photos in Flickr.

Also, I have a couple of fun things coming up in the next month or two. I think I can reveal the first one, since I've already put the button on my sidebar: I'm going to be a contributor for the Kids Clothes Week blog! This season's KCW has a brilliant theme: storybook. If you haven't already, you might want to subscribe to the KCW blog just so you can see me make an ass of myself be inspired by my contributions. In the meantime I'd be interested to know - in my official capacity, of course! -  what kind of sewing does 'storybook' suggest to you?
Posted by marisa at 21:43 16 comments: