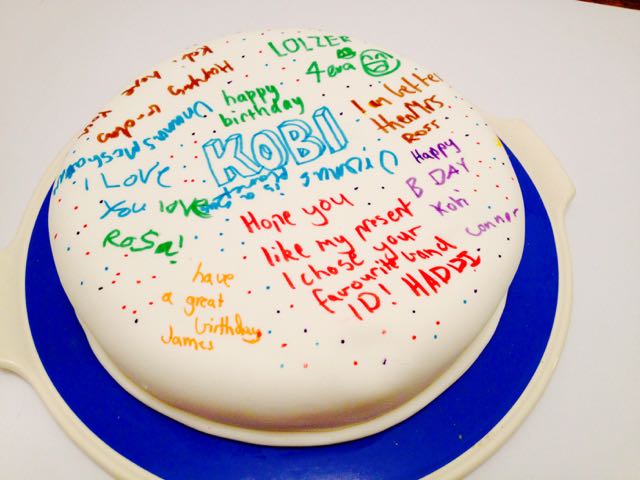 K turned 11 recently and decided he was too old for a birthday party - what he really wanted was to have six friends over to stay the night, watch a movie and eat pizza and ice cream. His dad said no but I said yes, because I could see how excited he was and because I wanted him to have the best birthday ever. So - long story short, they came, they ate. they fought with nerf guns, they stayed awake til after 4am. And they made noise. LOTS of noise. It was heaven for the boys and hell for the rest of us, and I'm glad they had such a good time because it won't be repeated EVER again.

While the sleepover was the stuff of nightmares, K's cake was a dream to put together. I made a simple chocolate cake, coated it with buttercream icing and covered it with smoothly-rolled white fondant. I left to harden for a night before putting it out to be decorated with food markers by K's friends. 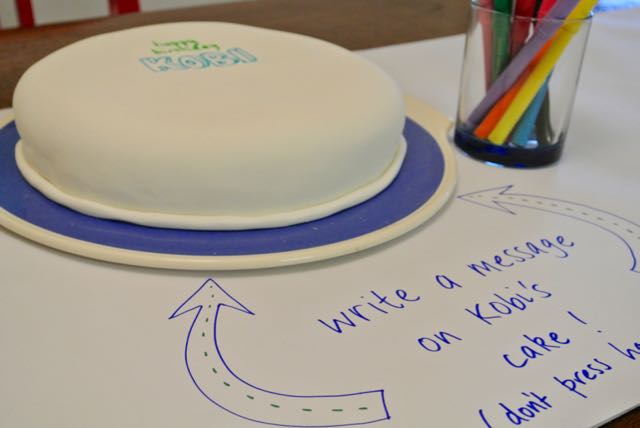 I kicked off the decorating with a simple 'happy birthday' message on the blank cake and was impressed by how well the markers worked, with clear lines and colour just as intense as regular markers. Having read reviews of various brands, I'd bought Americolor markers rather than the far less expensive Wiltons ones, and I'm so glad I did. Americolor isn't easy to find here in Australia, but luckily I located some at this amazing shop. 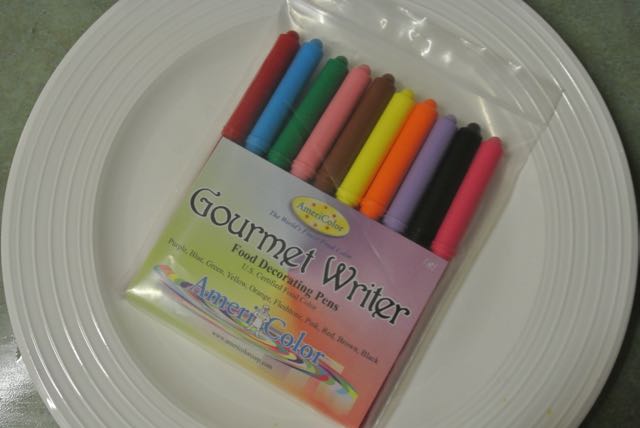 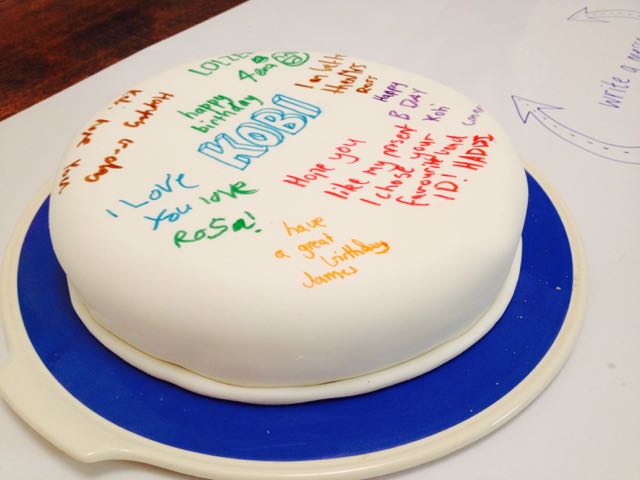 Besides looking rather cool, the cake tasted pretty good, if I do say so myself! R has now decided she wants one of these for her next birthday instead of the usual smash cake and I'm all for it. In the meantime, I wonder what other foods I can write on..? 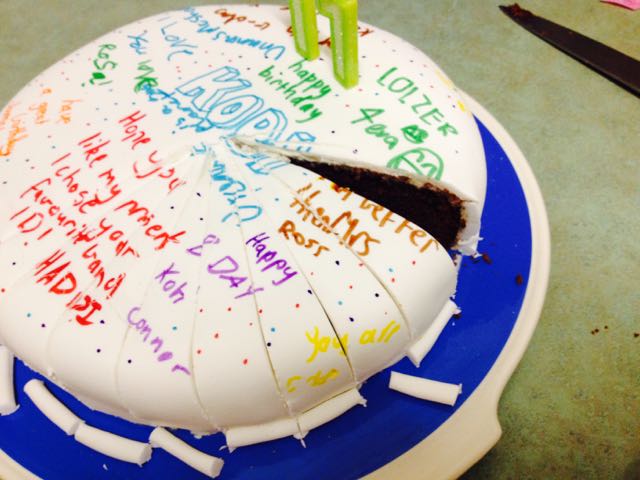