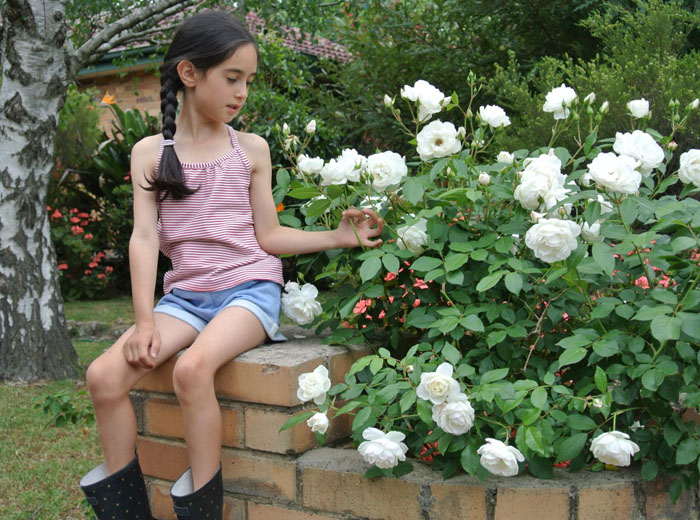 So often I read on someone's blog that they just 'whipped something up' in an hour or two, and I am always amazed and impressed that anyone can sew that quickly. My own sewing always seemes dogged by interruptions, mistakes and the discovery that I am lacking certain crucial items (zips, buttons, thread). But last night I surprised myself by whipping up something super-quick. Something straightforward, with a two-piece pattern and with no zips or buttons. And it was SO satisfying!

This little singlet in cotton jersey was a nice easy sew, even with a few modifications. I used this free pattern from small dreamfactory - it only goes up to size 4, but that size is spot-on for R's measurements. To get a less tightly-fitting singlet I added a few centimetres to the width of front and back pieces and gathered the neckline and back before sewing the bias tape (which was just a length of the same jersey, cut cross-grain). I also crossed the straps at the back for a bit of interest - the pattern has them going straight down. 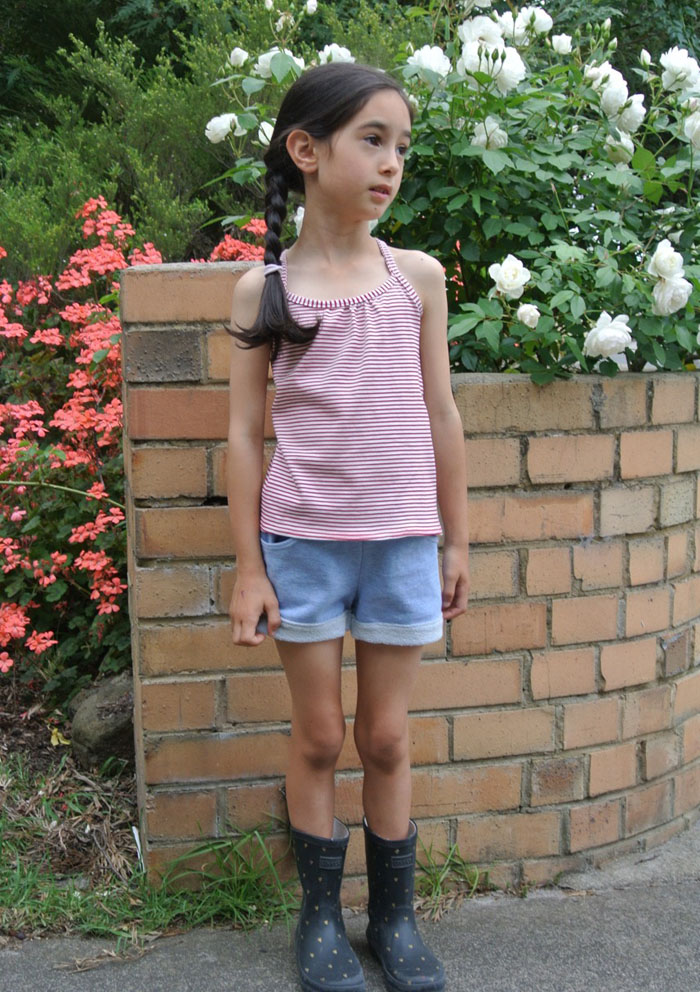 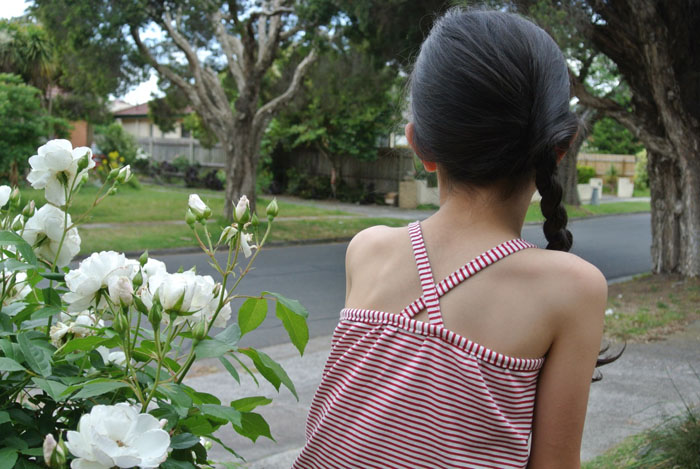 The shorts are from Kids Clothes Sewing Lesson Book and were made last week, so not strictly a Kids Clothes Week item, but I'm throwing them in anyway. This is a really cute pattern with front and back pockets and an elasticised ribbed waist. I used a French terry from Darn Cheap (another $2 p/m find, hooray!) and I really hope R will wear these despite her anti-pants stance because they fit her so beautifully. 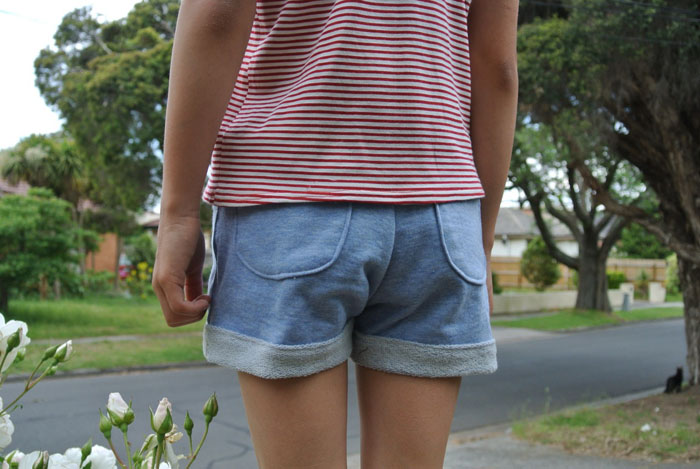 In a final, frenzied burst of activity this afternoon, I sewed a bucket hat from this tried-and-true Oliver + S free pattern. I made size L, and as with my last version, I broadened the brim, added grommets to feed a strap through, and eliminated the hand-sewing by using this easy method. Having lots of scraps of striped jersey lying around my (insanely messy) sewing room, I added faux piping to the edge of the brim so it matches nicely with the singlet. 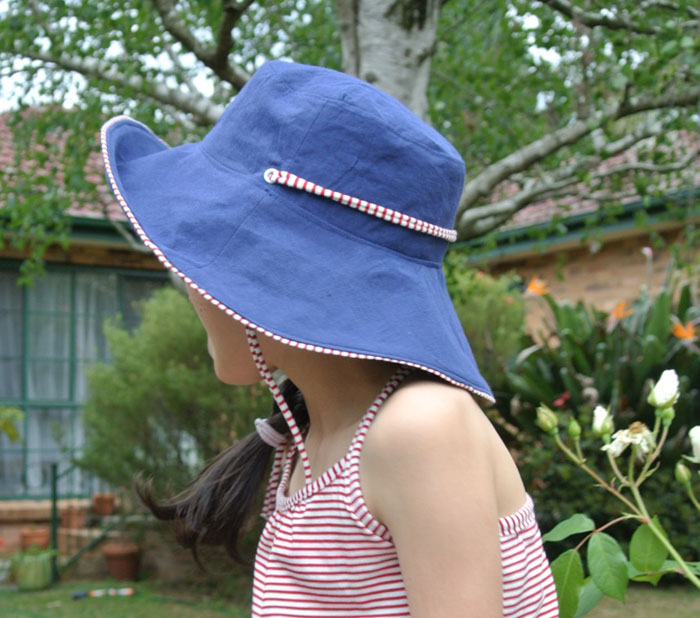 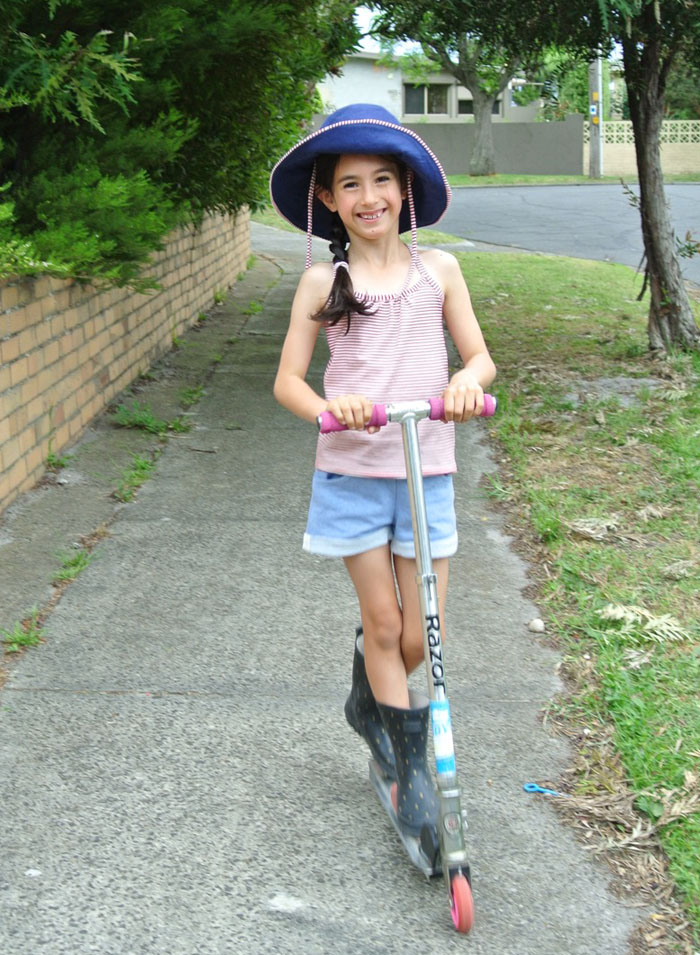 Now I'm looking forward to taking a breather and checking out everyone's projects on the Kids Clothes Week site!