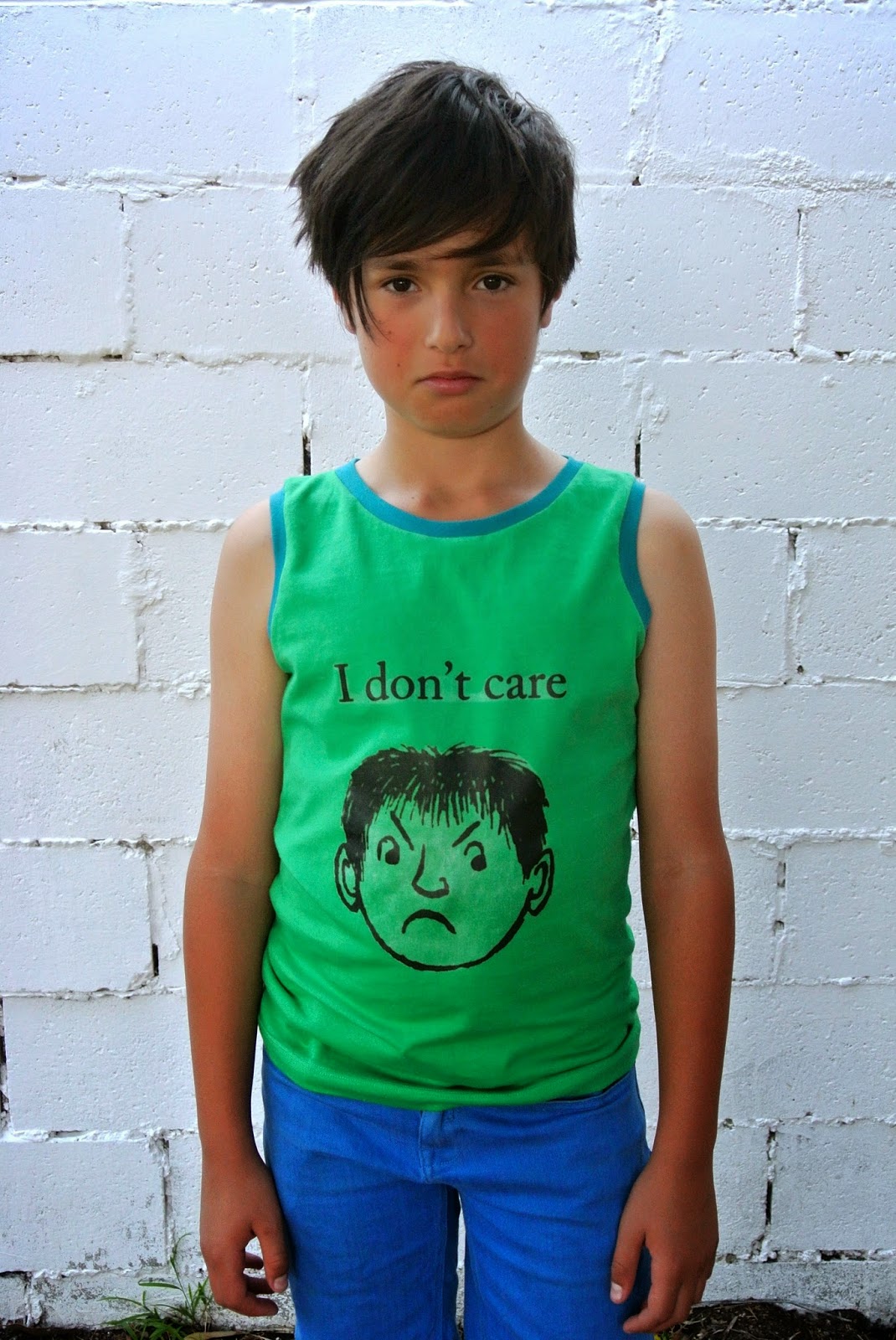 There once was a boy named Pierre
who only would say "I don't care!"
Read his story, my friend
For you'll find at the end
that a suitable moral lies there.

That, for those who don't know, is the prologue to Maurice Sendak's tiny book Pierre. Pierre is part of the Nutshell Library, a  collection of four miniature books (and the other three are pretty cool too). I had these books when I was growing up, and my sister bought a copy for my kids a few years ago.

Since Pierre is a favourite at our house, and since my son K shares some of Pierre's lack of respect for parental authority, I thought it would be appropriate to use Pierre's catchphrase on a top for him. Originally I was just going to use the words, but I thought they might seem a little less harsh if combined with Pierre's image - less 'ten-year-old ratbag' and more 'clever literary reference'. Those who find the phrase a little negative will be heartened to know that at the end of the story the moral is 'care' (but what would be the fun of putting that on a kids' top?).

While K is not short of attitude, I get plenty of smiles as well. And gosh he's a ham - most of the photos I got were of ridiculous faces and silly Michael Jackson-like crotch-grabbing dance moves.

Anyway, on to the details: the singlet is made from brushed cotton jersey and instead of ribbing I used a very stretchy cotton jersey in a different colour. I drafted the pattern based on one of K's tops and the sewing was very straightforward. I printed the image and text onto T-shirt transfer paper and ironed it onto the top. It seems to have adhered well but there are some slightly whitish bits that feel like they may be residue from the paper. Either they'll come off in the wash, or else I overcooked the whole thing and... well, I've never used these transfers before, so I'm a little scared to wash it and find out!

My next KCW project, which I will attempt to photograph tomorrow, is - coincidentally - also blue and green. Back very soon, I hope!
Posted by marisa at 22:09